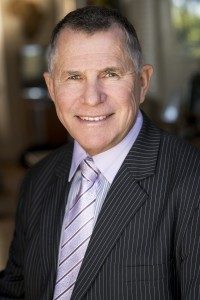 Alan Rolston is the Owner, Managing Director of Solerati Ltd. From Alans the early teenage years his love of Mediterranean inspired homes had always been a dream to have some form of involvement in either construction or design.

He studied books and magazines showing these magnificent homes built from natural products and in particular the roofs of these homes made from natural clay that had lasted for many thousands of years. In fact timber homes with concrete tiles, metal tiles, weather board cladding were nowhere to be found in any of the books and magazines.

In the late 1990s – 2000 Alan was building homes in New Zealand he was producing approximately one house per week and due to budget constraints Alan inevitably had to use products that were inferior to the houses constructed of stone and clay.

Alan was importing floor and wall tiles for his projects from some of the best manufactures in Spain. While on a trip to Spain, an opportunity was presented to visit a large clay roofing manufacturer in the region of Alicante called La Escandella.  He was impressed with what he saw. While travelling throughout Spain all he could see were these beautiful Mediterranean homes with a variety of clay roof colours, and the Mediterranean Sea glistening as a back drop to these wonderful homes.

By the time Alan had left Spain he had formed a partnership with La Escandella to be their distributor in New Zealand.

In the year 2000 the first containers started arriving in New Zealand. A teenage dream had begun. Alans Construction Company started to design quality homes to be crowned with these beautiful clay roofing tiles.

Since those early days La Escandella has grown to be the largest manufacturer of Clay roof tiles in the world. Alan has learnt a tremendous amount about clay tiles and associated roofing products. His love of the product has never wavered and he continues to promote what he sincerely believes is the very best product to crown a man’s castle.